Save that money. A few golden ideas for you.

If you’re like most people, the last thing you want to do is have any conversation about saving money. Let alone an honest conversation.

It’s not that people don’t tell the truth about saving money, but when people discuss savings, there’s a huge disconnect between intention and reality. Everyone loves the notion of frugal living. Actually living the frugal life is another thing altogether.

The culprits undermining your savings goals? Well, everyone’s got their favorite excuse. Big banking fees, student loan debt, the credit industry, even our human hardwiring shares the blame for our spending habits. A neuropsychologist will tell you saving isn’t a “selective trait” — it doesn’t help propagate the species. Which is just a fancy scientific way of saying having a savings account isn’t sexy.

Photo by Vanessa Lee on Unsplash.

The basics are just that: pretty basic. Here’s a collection of easy ways to save money.

If you’re lucky enough to get a 401(k), use it and witness the miracle of compounding interest. If you’re one of the even luckier ones whose company matches your 401(k), max that thing out; the money piles up tax-free until you’re ready to retire. If you don’t “participate” in your company 401(k), you’re literally leaving free money on the table!

Get a round-up account. There are some amazing money-saving apps out there, but your bank probably has a program that allows you to round the change up to the nearest dollar on debit purchases and dump the rounded money into a savings account. Total no-brainer.

Next, even if you’re “just” an apartment renter, spend a little to insure your stuff against theft or damage now, so you’ll have some money to help replace them.

Some of the saving rules of thumb will seem completely out of touch with reality and will make you want to scratch your head. Experts, for example, recommend saving 10% of your income. They also say you should have at least three months of expenses, liquid, just sitting there, in the bank at all times. They’re talking about cash you can access at any time (such as an emergency) without penalty, so 401(k) money doesn’t count (you have to pay penalties and taxes on money you withdraw early from investment account programs).

Do you know anyone who can honestly say they’ve been following those rules? Anyone? If you do, give them a big round of applause because only 16% of people are saving more than 15% of their income. And 1 in 5 save nothing at all. So, if you start now, you’ll be a part of that relatively small, very wise percentage. 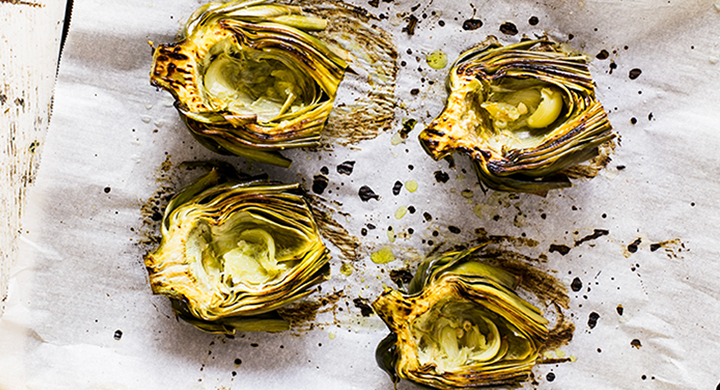 Photo by Kim Daniels on Unsplash.

Learn to cook
The best way to save money: Stay in and cook. How much can you stand to save? An estimated average of $16 per meal! That means if you cook just one meal at home PER WEEK rather than eating out at a restaurant, you’ll bank more than 800 extra bucks per year. Just one meal a week! That’s some tasty math right there.

Try to learn techniques and concepts, not just recipes. This makes cooking super interesting. Some cookbooks and sites will use a recipe to teach a technique or two, which will help you cook more recipes, and before long, you’ll know enough to start improvising. Which is sexy.

Grocery store trick: Learn to shop the perimeter of the market, where ingredients tend to be healthy and fresh. Keep basic essentials and staples in your kitchen, and shop for meals with more perishable or expensive items (meats, fish, more exotic produce and fresh spices) as those occasions arise.

Here’s a grocery list of stuff you should just always have in your kitchen:

Also, grab a set of dried spices, and be sure you keep your favorite condiments close at hand. Over time, you’ll add more to your kitchen, and who knows, lots of people actually enjoy cooking. Bon appetit! Photo by BRUNO EMMANUELLE on Unsplash

Say “later” to the “Latté Factor.” Buy a milk frother.
If you haven’t heard of the “Latté Factor,” you may recognize the concept (you’ve probably heard of the 52-week money challenge). Basically, it’s all about how small daily expenditures — buying a latté every day, for example — can add up in unexpectedly huge ways.

Let’s say your coffee-shop coffee costs $5 a day. Invest that much every day for a return of just 6%, and in 30 years, that’s over $100K you’ve saved! Just by skipping a coffee! (You could also make a smart choice and spend that $5 a day on renters insurance, by the way. Here's a little more details on how much it costs.)

We get it. Coffee’s a small indulgence, and there’s nothing like the cappuccino they make at that place on the corner. Plus, that barista is adorbs. But we’re just talking one coffee a day.

Do yourself a favor: Buy yourself a coffee frother. The best ones don’t cost more than 20 bucks. Viola! You’re a barista! And in 30 years, you’ll be a barista with an extra hundred large in the bank!

That’s showing ‘em how to budget with a bang.

Photo by Thought Catalog on Unsplash

Freebie fest: Get a library card
Possibly one of the best money-saving tips ever: Use the public library. When you think about it, libraries are truly amazing places. In spite of any notions you might harbor about the collective intelligence of America, pretty much every city, town and tiny little municipality in this country likely has at least one building dedicated to the free access of knowledge.

All for the bargain-basement price of no dollars and zero cents.

How much you stand to save depends on how much entertainment you consume and what subscription services you’re willing to sacrifice, but some estimates put the savings as high as $700 a year. Just goes to show that bookworms are even smarter than you think.

Unsubscribe
During the last decade, cutting the cable became the craze. Freeing ourselves from the cable companies’ clutches felt great in principle alone, and with the proliferation of so many subscription services and apps, we realized that not only were we sacrificing very little, but we could also save some dough going a la carte.

Trouble is, even a monthly fee of 12 bucks starts adding up pretty fast. On average, Americans spend about $237 a month on subscription services. But even worse, 85% of those surveyed underestimated their expenditures by about 197%! Wow. Way off.

Because we’re not paying just one bill, and because most subscriptions are paid automatically on a monthly basis, nobody seems to be able to keep track of subscription spending.

So take a few minutes and go through your statements. You might find that the service you picked up to watch the World Cup in 2018 has been depleting your bank account for four years without your knowledge. Ack! Uncool!

We’re with the band
Music festivals can fill an entire social calendar for a summer, and with full access passes for events running about $350 per show, it can be a pricey proposition.

But if you’re willing to sing for your supper, you can swing the whole season for next to nothing. How? Volunteer!

Festivals employ dozens, even hundreds of volunteers for everything from parking lot duty to backstage hospitality. Sure, you’ve got to work — an event might require six hours a day — but volunteer tickets only cost about 20 bucks. Which leaves you plenty to spend on food, drinks and merch — or you can just sock it away.

Volunteering might sound like a drag, but working an event gives you an entirely new vantage point. You’re an insider with access to areas most attendees will never see. You might make new friends. You might meet band members. And you might end the season with a bank account as well as some incredible memories. Nobody said living a frugal lifestyle has to stink. 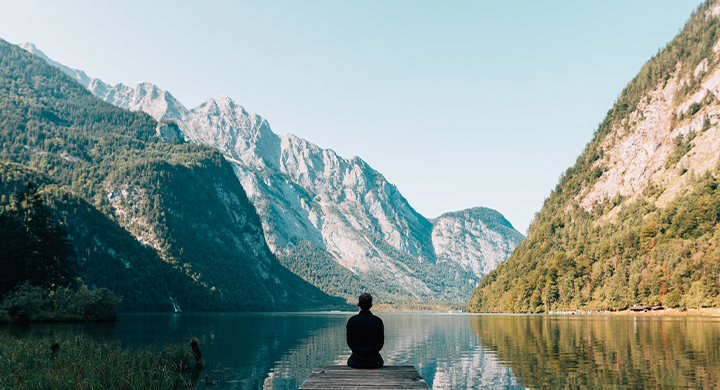 Photo by Simon Migaj on Unsplash

Take a trip to Savingstan
Travel is awesome. Like, awesome in the way the word awesome was intended to be used. It broadens your worldview. It gives you a greater appreciation for diverse cultures. It gives you a better understanding of our human race. Not to mention, you get some killer Instagram cred!

Unfortunately, travel can be a financial drain. Unless, of course, you know how to do it right. How to save money on the road:

Do the side hustle
We’re not suggesting you get seed capital for a startup in your free time. Of course, if you can swing it, more power to you.

But if you just need a little extra to sock away for the future, you’ve never lived in a better time to augment your salary.

Ride-sharing and food-delivery apps let you score extra cash in your free time with just a tap. You can monetize your hobbies on Etsy or eBay. You can clean your closet or make bargain-hunting your business on apps like Poshmark.

Keep your mind and your eyes open to opportunity, and you’ll find little gigs just waiting to get gigged.

We’re not saying any of this makes saving money any easier, but some of it might just serve up some fun as a main course, with a little savings on the side.

We should be thinking about our finances, but not enough of us are. Hmmm. So let's find ways to rethink our personal finances.

Studded belts and stilettos. Hip-hop and country. Custom renters and car insurance. This blog goes out to the glorious combos doing the most.

Busy lives are filled with takeout boxes. Let’s get our kitchens in order and start meal planning to live healthier and save some money.