My apartment flooded. Now what?

Here’s a scenario: Thanks to some super suspect plumbing in the apartment above yours, your childhood dream of having a water park in your apartment came true today.

And this park’s got it all. Lazy river pouring from the ceiling. Waterlogged couch flume. Slip-n-slide floors. It’s so cool, your 8-year-old self thinks your place looks A-MAZING.

That’s when it hits you. You’re not 8 years old. You’re an adult. With adult things. Like that TV you bought last week that’s looking suspiciously moist and a touch less smart than it was this morning. Ok, then. Time to do something.

This is a common situation across America, and the story usually goes something like this:
You call your landlord. They’re like, “LOL. Tell you what. We’ll go splitsies. I’ll get the ceiling and the floors. You get the couch and the TV. Good? Good!”

So you do a little digging, and it turns out, technically, your lease says that your landlord didn’t have to cover anything but the bones of the rental property.

That’s right. Nothing but the structure itself. And as far as they’re legally concerned, you can stream and chill on the phone for the foreseeable future.

Got your suit on yet? Let’s dive deeper. We’re about to flip this.

Who’s gonna pay for this mess?
Feel like you just landed the lead role in a feudal drama set in medieval Europe yet? It’s true. The lord of your land is usually required to only pay for things like walls, ceilings, floors and appliances included in your lease. They have to be in a liveable condition. That’s it. Toast, anyone?

If you don’t have insurance, and bad luck beats a path to your door without scratching the structure of the property — don’t bother calling the owner. The only one getting owned in this scenario is you. Funny, right?

Ok, what’s next?
Glad you asked. Now stick with us here; it’s tricky:

Contact Toggle. Watch your life come back to life.

Yeah, new stuff does smell like redemption. Fun fact? We love unboxing videos. In the meantime, while we’ve got your undivided attention, let’s peek at the three scenarios we see here at Toggle HQ. There may be a quiz at the end. You just never know.

But now, it’s time to brave “the gauntlet.” We call it that because it’s bad. Real bad. A “terrible list of stuff we see all the time” bad. But when we come out on the other side, together, you’ll get it. Why we do what we do. This way, please…

What does Toggle Renters Insurance cover? 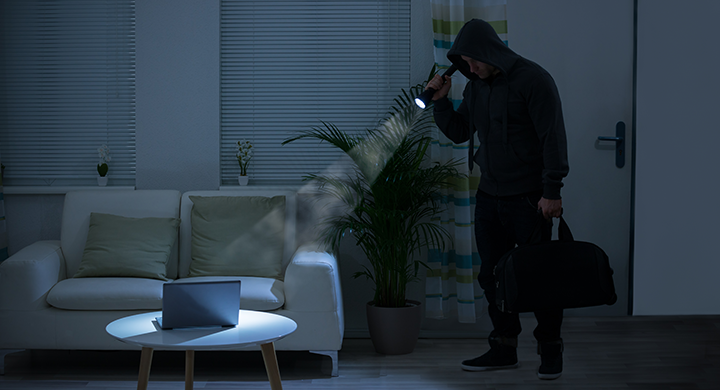 1. Burglary
Un-fun fact: Almost a third of the claims we see are theft-related. The sad reality is, sometimes, when you head out, they head in. And while we’d prefer that they be caught red-handed with a little help from the folks in blue, if the criminals, and your stuff, end up getting away, Toggle’s here to help.

A Toggle apartment insurance policy helps cover the replacement cost for your personal property. Big and small stuff. And weird stuff, too. Laptop? Sunglasses? Vintage, hand-painted Wives of Henry VIII tea set? Just Toggle On℠ the stuff you want to cover and add Replacement Cost when you want it covered. And if it’s less important and you’re not worried, you can Toggle Off and save a little scratch. It’s your call, as long as it’s before a loss.

So what if your stuff is really, really valuable? Like, Neil Armstrong-signed-spacesuit valuable? That’s called a “High Value Item,” and you can just Toggle On coverage up to a limit that you choose for items over $3,000 (you set the limit when you purchase your policy). Great for folks with a bit more bling or a nice set of golf clubs lying around the apartment.

Don’t lose your landlord’s number, though. Most of the time, they’re still supposed to fix busted doors, shattered windows — structural stuff like that. 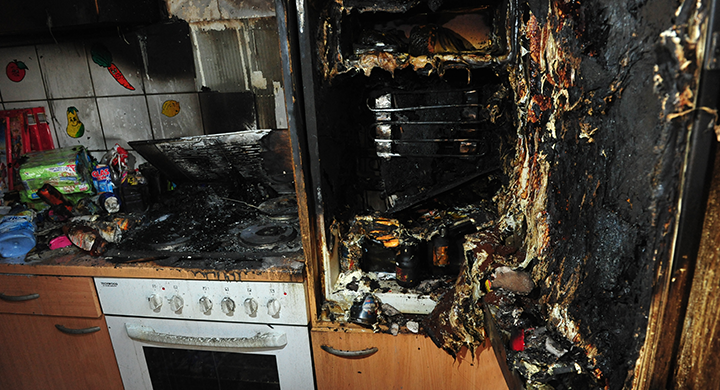 2. Stove Fires
Picture this (or maybe don’t): Your neighbor’s boiling a skillet of oil on his stove. Why? Best not to ask questions in situations like this. The oil ignites (because hot oil). He tries to put it out with water because he was apparently absent that day in elementary school. Fast-forward 15 minutes, and both of you are in the parking lot staring at a two-story tinderbox.

The lowdown: Typically, the owner is on the hook for building repairs and smoke damage. Great. So does renters insurance cover temporary housing, or are you out on the curb?

If you’ve got a Toggle policy with “Temporary Living Costs” coverage, you’re in good shape. Yes, it’s called “TLC,” because you could use a little. It’s paid like a per diem and can include things like hotel rooms, food and even laundry bills — use it for whatever you need now that you’re out on your ass thanks to the ass next door.

And if you lost some of your stuff to damage, and you did Toggle On coverage for it before it happened, we’ll also help you with reimbursement funds for that covered crispy stuff. It’s kinda like someone thought this through, huh? Well, that is our job, after all. 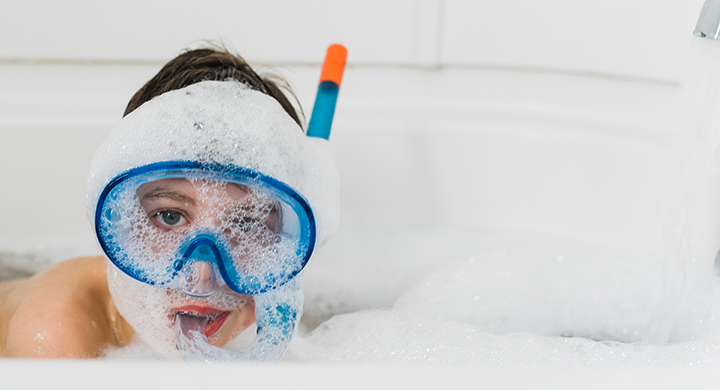 3. Accidental Spa
What’s an accidental spa? It’s that thing when your upstairs neighbor takes a soothing Saturday night bubble bath, and it ends up turning your bedroom wall into an opposite-of-soothing waterfall. It’s like a little bit of anti-Zen transferred from his floor to your ceiling, and unfortunately, it really takes you out of the moment.

So now what? Does renters insurance cover water damage?

Interesting question. Bubble Bath Bro’s probably on the hook for this one. If he has renters insurance with liability coverage, he’s covered for the damage up to his liability limit. It’s the landlord’s ceiling to repair, but it’s your neighbor’s fault.

But, ummm, only 44% of renters have renters insurance! That’s ok. In the event Bubble Bro failed to get renters insurance, as long as you toggled on your Toggle coverage prior to the Bubble Bath incident, all is not lost.

Your Toggle rental property insurance can cover both kinds of damage — accidental damage caused by you (AKA, liability coverage) and the damage caused by someone else’s foam party fiasco, up to the limits you toggled on.

Does renters insurance have any benefits?

Who pays for the damage caused by a stove fire? What happens if my dog takes a chunk out of my BFF? What about medical bills?

Do I really need to buy renters insurance?

Why you should buy renters insurance to cover water damage, medical bills, replacement costs and damages to your personal property.

Finding a dog friendly apartment can be ruff. Use these tricks to become a great dog parent and star tenant no landlord wants to turn down.